HIV (human immunodeficiency virus) is a type of slow-acting virus (lentivirus) that has a long incubation period and often ends in fatal consequences. The HIV virus affects and destroys CD4 cells. Also known as T cells, CD4s are a kind of white blood cell that plays an important role in keeping you healthy by fighting infections. CD4’ss number is one of the primary indicators in classifying the stages of infection. AIDS is the final stage of HIV. At this stage, the body’s immunity is reduced dramatically and sufferers face a variety of opportunistic infections, including parasitic infections. Demodex mites are one of the parasites that can take advantage of the weakened immune system and grow with different severities at different stages of HIV.

Following an introductory explanation of HIV stages, this article discusses the role of Demodex in HIV patients and offers solutions to prevent the spread of these mites as well as other opportunistic parasites. Stay tuned with OZiDEX.

According to the CDC, there are three stages of HIV. In the case that proper care and treatment are not provided, the disease typically progresses through three stages and reaches the final stage, called AIDS. However, the effective measures in recent years could slow or prevent the progression of the disease, so that many patients never reach stage 3.

Stage One: Acute Stage of Infection

ARS, or acute retroviral syndrome, occurs in 40 to 90 patients, manifests itself with flu-like symptoms one to two weeks after the initial exposure. Other symptoms include diarrhea, headache, vomiting, nausea, muscle aches, fatigue, sore throat, swollen lymph nodes, fever and an itchy red rash. At this stage, the immune system is still strong enough to respond to the infection and suppress it. Approximately thirty per cent of patients at this stage develop pink to red bumps (maculopapular rash) in the upper part of their body. People are dramatically contagious in ARS as they carry a large number of viruses in their blood.

However, the symptoms improve spontaneously usually after two weeks. The rate of virus replication slows down and the disease enters its incubation period. Still, lymphadenopathy, which means the swelling of lymph nodes, can last for months. The only way to diagnose HIV at this stage is antigen/antibody tests or nucleic acid tests (NATs) that can diagnose acute infection.

Also called asymptomatic HIV infection or clinical latency, the chronic stage begins as soon as the immune system can control the virus. However, the virus still exists, hiding in various tissues and cells. The HIV multiplies slowly in a dormant state and gradually deplete the CD4s. Without proper treatment, this stage continues for about a decade or more, although in some people this time lasts as short as two to three years. However, people who take HIV medicine as prescribed may never proceed to the third stage. Lymphadenopathy, on the other hand, may last during the early chronic phase. Sometimes the lymph nodes become very large, reaching up to an inch or more in size.

Infected individuals continue to transmit the virus during this period and are exposed to opportunistic infections such as bacterial, viral, and fungal infections as the body gradually loses its immunity. Thus, it is essential to take special measures for maximum prevention of pathogens. Personal hygiene, food hygiene and additional vaccinations are especially important to maintain the health of sufferers during this period. One of the opportunistic parasites that can infect people living with HIV is Demodex mites, which we will debate after discussing stage three.

If left untreated, HIV will undoubtedly enter the final stage, called AIDS, which has serious complications. Without adequate care, People with Acquired Immunodeficiency Syndrome survive for about three years.  AIDS is officially diagnosed when the number of CD4s has dropped below 200. sufferers undergo serious immune problems, and beyond pathogenic microorganisms, those that are not harmless under normal conditions grow and colonise their bodies. The most common cause of death of people with AIDS is mostly opportunistic infections and cancers.

Cryptosporidiosis (Crypto): It is a kind of severe, chronic and watery diarrhea with abdominal cramps. Cryptosporidium, a small parasite, is the main cause of this infection. The parasite can enter the body through the patient drinking contaminated water, swimming in polluted water, eating uncooked and contaminated food, or having dirty hand contact with the mouth.

Tuberculosis (TB): A respiratory disease caused by Mycobacterium tuberculosis.  When tuberculosis sufferers breathe, talk or cough, they release tiny droplets that carry the bacterium that can enter the body by inhaling. Symptoms of tuberculosis include chronic cough, coughing up blood and mucus, weight loss, fatigue, fever, and night sweats.

Pneumonia: Pneumonia is a lung infection caused by a variety of bacteria, fungi and viruses. Meanwhile, Pneumococcus is the most common germ and people with AIDS receive a vaccine to prevent it.

Toxoplasmosis:  common to man and animals, Toxoplasmosis can transmit to humans through direct contact with cat feces, water, unpasteurized milk, vegetables, contaminated soil, or uncooked meat. Infection can happen in the lungs, the retina of the eye, heart, pancreas, liver, colon, testes, and brain.

Demodicosis: Finally, this complication is due to a skin parasite called Demodex mites. Although not yet so well known to be related to HIV, Demodicosis has recently been distinguished as an HIV-related opportunistic infection.

Demodex mites are a type of tiny parasite that lives in a low population on adult skin, similar to Candida fungi. However, in the case of immune system deficiency, these opportunistic parasites begin to grow and multiply rapidly and affect different areas of the skin.

Demodicosis refers to the symptoms that result from these parasite outbreaks on the skin. Although demodicosis is not as life-threatening as other HIV-related opportunistic infections, it can cause myriad troubles for the skin and hair of sufferers, making life nightmarish for them. Symptoms typically include:

Many people with demodicosis suffer from several skin conditions simultaneously.

Demodex Mites Online Quiz
Find Your Results in Just 5 Minutes! Most people have found the results of their Demodex population density by answering these carefully crafted questions.
Start Quiz

The Importance of Addressing Demodicosis in Aids/HIV

Constant itching around the clock makes life difficult for sufferers. On the other hand, intense scratching of the skin damages this critical defence barrier, exposing the affected people to load of pathogens.

Demodex parasites carry a variety of bacteria, fungi, and viruses, each of which can independently pose a new threat to individuals’ health. Streptococci, staphylococci, and Bacillus oleronius are some of these germs. When Demodex parasites die, the contents of their rotten bodies, including these pathogenic microbes, spread across the skin, posing a threat to the health of people living with AIDS and HIV. The greater the number of Demodex parasites, the greater the infection and potential risks.

You can avoid some opportunistic infections by avoiding exposure or getting vaccinated. Still, some of them are common germs that we are frequently exposed to in daily life, and others, such as Candida and Demodex, are naturally present in the body.

So, what is important to prevent opportunistic infections and treat them in time?

To adhere to food and water hygiene, avoid raw or undercooked meat. Thoroughly wash vegetables and fruits with water and detergents. Sanitise tools and surfaces that have come in contact with animal products using warm soapy water. Cook the eggs thoroughly. Raw, semi-cooked and cracked eggs can hurt you. Avoid unpasteurized dairy products. Reheat your food that has been in the refrigerator well before eating. Avoid water from rivers and lakes.  It is better to use bottled water and avoid ice or unpasteurized juices and drinks.

What is crucial for preventing demodicosis is boosting immunity, using preventative products, and maintaining good personal hygiene. Although the number of CD4s in Immunodeficiency is extremely low, some lifestyle changes can help improve the body’s resistance to infections such as Demodex.

The following steps can help strengthen the immune system:

Traditionally, the typical approach to dealing with Demodex mites is to eradicate them after one gets infected. To put in other words, when a doctor diagnoses the Demodex infection via medical signs, reported symptoms, and laboratory tests, they will prescribe topical and oral medications to take the mites under control once again. Although this approach is practical for healthy people who have a low chance of developing demodicosis, it is too negligent for individuals with a defective immune system.

There are hardly any products on the market that can prevent these mites from growing except PROCUTiN, the unique product of Ozidex, and its Ungex manufactured counterparts PDT. They are Australian non-drug anti-Demodex products based on natural and herbal ingredients. Besides being prescribed by dermatologists, these products are accessible over the counter worldwide and can prevent demodicosis in people at high risk of infection. SDT, the PROCUTiN and PDT counterpart, is another anti-Demodex product recommended for people with sensitive or damaged skin. Beyond prevention, these products can also be helpful in the demodicosis treatment procedure.

All three products eradicate Demodex upon direct contact and are suitable for spraying on the skin and different surfaces. These products act similarly to a natural antiparasitic and extinguish Demodex mites wherever they reside. They are completely gentle on the skin without any side effects on human health and the environment.

For best results, it is necessary to spray these products at night on the skin areas most prone to demodicosis, such as the face, neck, and scalp.

Finally, the unique potential of PROCUTiN, PDT and SDT in eliminating Demodex from the environment makes them a great solution to help the personal hygiene of HIV/AIDS sufferers.

Personal hygiene plays a significant role in preventing demodicosis in people with defective immune systems. Although typically a number of Demodex mites live on every person’s skin, they start to reproduce when a defect in the immune system gives them the opportunity. However, lack of personal hygiene also transmits environmental Demodex to the skin. Consequently, this increases the risk of getting demodicosis by increasing pollution load.

Demodex parasites can spread by direct skin contact. They can move to a towel when you dry the face. They can also extend to combs, scarves, hats, pillowcases, sheets, clothing and bedspreads. After removing from the skin, Demodex can live for hours to days on greasy surfaces. Upon subsequent contact, they can infect a new host or increase the load of parasites in the older carrier. The higher the number of parasites in the first host, the higher the density of parasites on the environmental surfaces in contact and the more likely it is to infect the next host.

The significant chance of spreading parasites from the surfaces to the person suffering from a defective immune system emphasises the need for proper personal hygiene.

If you have AIDS / HIV, you need to take the following health measures. They prevent the transmission of environmental Demodex to your skin:

Although these two products are particularly formulated to kill Demodex mites, they can remove many bacteria, viruses and fungi. Besides microorganisms, our customers worldwide have repeatedly reported that PDT/ PROCUTiN and SDT also eradicate tiny, annoying creepy crawlies such as mosquitoes, spiders, flies, mites, ticks, and so on. Due to the role of these small creatures in transmitting bacteria, fungi and viruses, PDT/ PROCUTiN and SDT can play an effective role in preventing other opportunistic infections as well. If you have HIV/AIDS, these two products can protect you from many environmental health threats. You can use all Ungex products throughout your life. They have no side effects and are entirely safe to use on a daily basis.

Newer Red Skin Syndrome And Rosacea, Are They The Same?
Back to list
Older Eyelash Extension Mites And How Prevent Them Using a Good Hygiene Practice
Leave a Reply Cancel reply
close 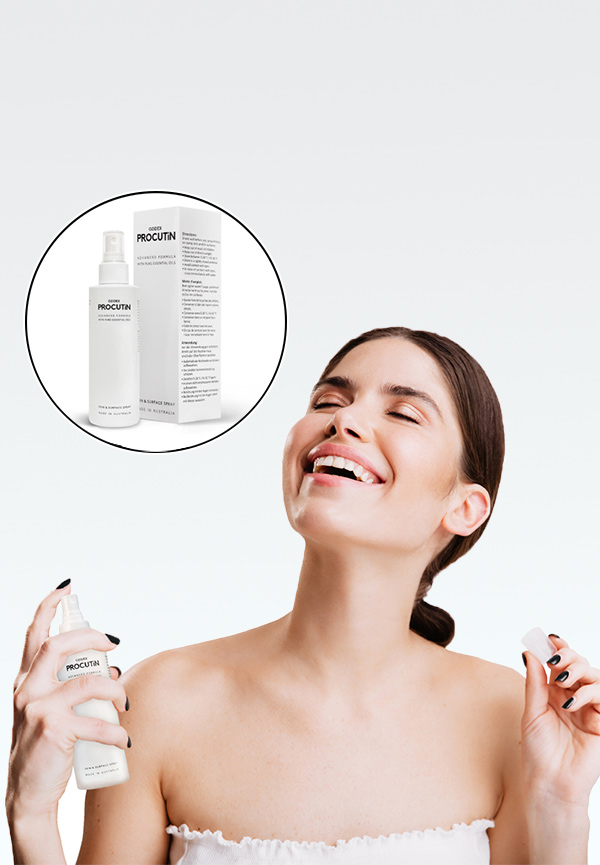 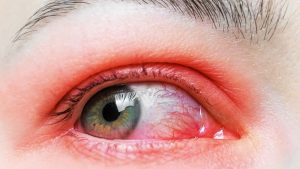 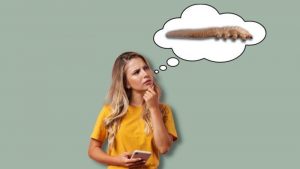 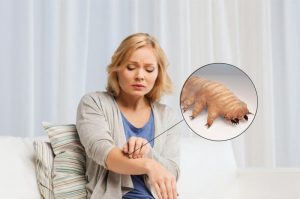 Demodex Test: How to Evaluate Demodex Mite on the Skin

Red Skin Syndrome And Rosacea, Are They The Same? 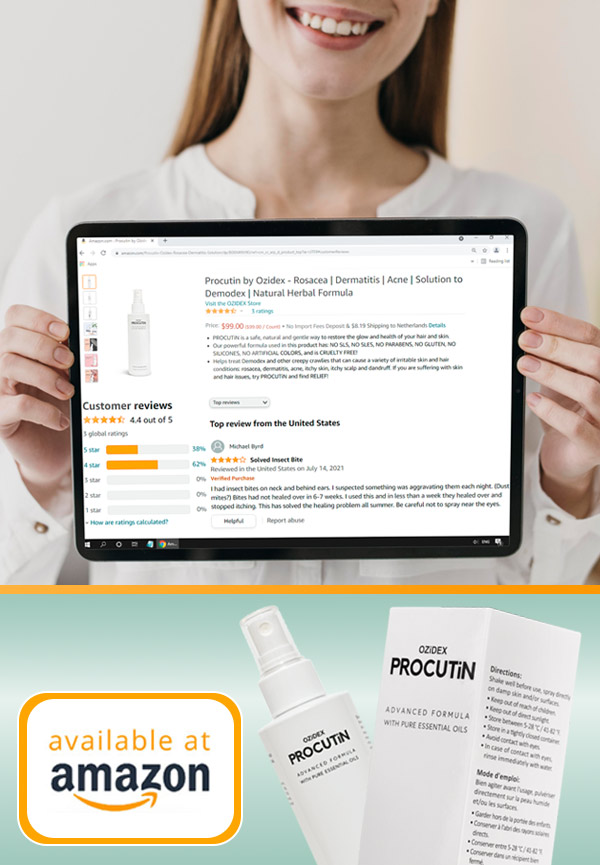 Our products are available on Amazon Ebay Etsy
DOUBLE YOUR ORDER THIS NOVEMBER! USE CODE BF241 TO CLAIM.
Sidebar